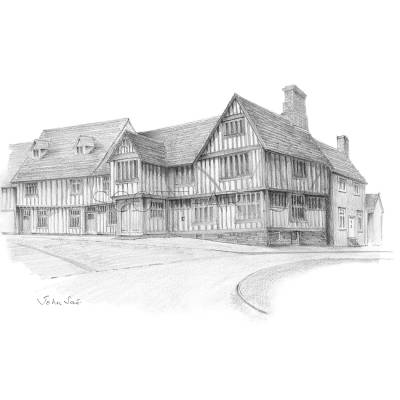 In the early 16th century, Lavenham was one of England’s twenty wealthiest towns thanks to the wool trade. By 1525 however, the cloth trade had collapsed leading to demonstrations in the town. The Guildhall was built around 1530 and by 1689 was being used as a prison and, for 100 years from 1787, as a workhouse and an almshouse. It is now under the care of the National Trust. 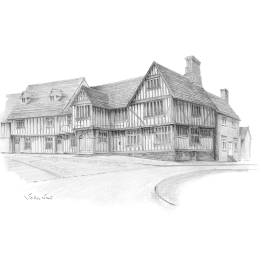