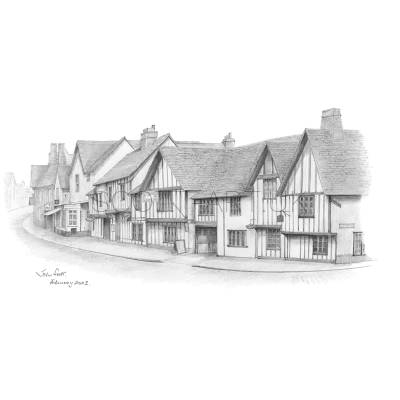 The drawing shows the hotel which, in 15 century, was three houses merged to form a coaching Inn. It owes its existence, like so many grand buildings in the area, to the wool trade. In the 15 century, Lavenham was one of the twenty richest settlements in England paying more tax than great cities such as York and Lincoln. The Hotel is now a popular venue for overseas tourists, weddings and dining. 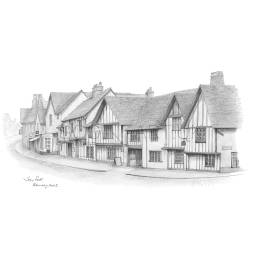