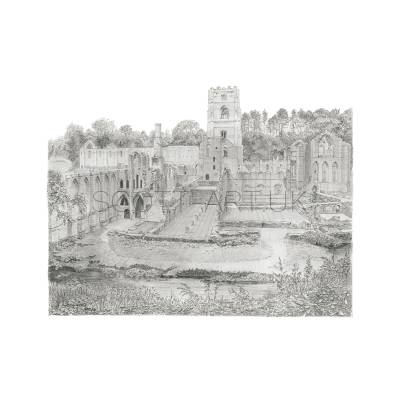 The abbey was founded in 1132 and operated for over 400 years until the dissolution of the monasteries under Henry VIII. It is one of the best preserved ruined Cistercian monasteries. It is now owned by the National Trust. The drawing shows the southern aspect of the Abbey as seen from the opposite side of the river. 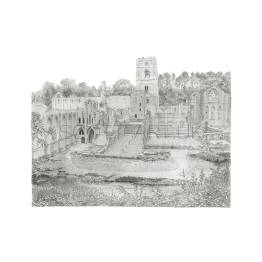