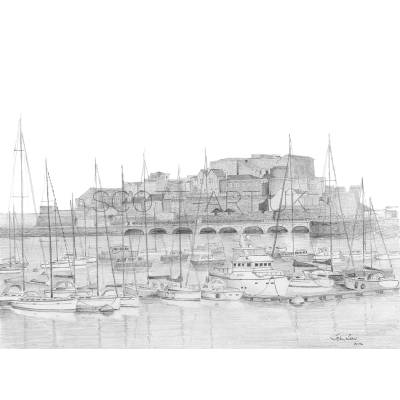 This drawing is of the outer harbour showing yachts either overnighting or awaiting the opportunity to enter the inner (Victoria marina) harbour at high tide. In the background is Castle Cornet built to defend the Island from the French. The earliest part of the castle dates from 1204.It was captured and held by the French for seven years from1338. The building was progressively added to and strengthened over the succeeding years. In 1642, at the start of the civil war Castle Cornet declared for parliament whilst the island remained loyal to King Charles1. During WW2, under the German occupation, the castle was a Luftwaffe anti-aircraft base. 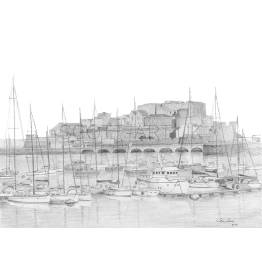